Designed specifically for use by Public Safety professionals — Police, Firefighters, EMTs, SWAT and more — the MV-PROTECTOR delivers a handsfree, simultaneous many-to-many wireless communication solution that can be deployed as a discrete field comms network or combined with existing P25 and/or Push-to-Talk (PTT) radio networks via MULTIVOICE’s MV-COMBINER technology. Both the MV-PROTECTOR and MV-COMBINER will be demonstrated for … END_OF_DOCUMENT_TOKEN_TO_BE_REPLACED

MULTIVOICE “Storms the Field” with its MV-AUDIBLE Wireless Coaching Intercom; Coaches from Across America can get “Hands-on Demos” at THSCA 2015 Next Week

MV-AUDIBLE systems support an unlimited number of coaches, with up to 17 coaches speaking simultaneously across 4 channels, with 18-hours of Talk Time and a range of up to 4000 feet (greater distances possible with upgrades). Designed with the Up-Tempo game in mind, MV-AUDIBLEs do not have Base Stations, so set-up takes seconds, making the MV-AUDIBLE … END_OF_DOCUMENT_TOKEN_TO_BE_REPLACED

MULTIVOICE Announces the Unexpected Death of its President, Todd Rapier

Founder and CEO, Ron Fraser, steps in as President  PROVO, Utah, July 9, 2015 /PRNewswire/ — It is with great sadness that MULTIVOICE and the members of the MULTIVOICE “family” today announce the unexpected death of MULTIVOICE President, Todd Rapier (45). Rapier passed away in his sleep from unknown causes on Friday, July 3. According to the company, MULTIVOICE Founder and … END_OF_DOCUMENT_TOKEN_TO_BE_REPLACED

By The Enterprise – Utah’s Business Journal – Provo-based MULTIVOICE has announced that founder and CEO Ron Fraser will serve as president of the company following the unexpected death of Todd Rapier. Rapier passed away in his sleep from unknown causes earlier this month. According to the company, Fraser, is being supported in his expanded duties by … END_OF_DOCUMENT_TOKEN_TO_BE_REPLACED 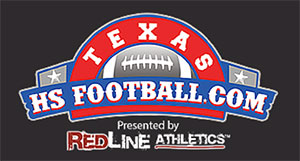 By Kacee Baldwin of The Universe. A scene in 1993’s “Rudy” shows the main character and a friend working in a steel mill. To communicate, one walks the length of the factory, taps his friend on the shoulder of the other and yells. To one Provo businessman, this exchange is just not efficient. What if you didn’t … END_OF_DOCUMENT_TOKEN_TO_BE_REPLACED

By Rebecca Lane from UtahValley360 PROVO — Provo-based MULTIVOICE is changing the face of radio interaction with it’s new Wireless Mesh-Network Intercom, and now they will be able to take it further with its new investor OTTO Engineering, who announced their contribution of a $5 million round of strategic seed funding Wednesday morning. “As a leader … END_OF_DOCUMENT_TOKEN_TO_BE_REPLACED